We've just had great news that that the Norfolk FA will be supporting us with all of their surplus kit. We have a problem though as our couriers don't do many jobs in Norfolk so they are currently unable to collect the first donation.

If anyone is able to help by transporting kit from Norwich to Hatfield then we'd love to hear from you at KitAid@veoliawater.co.uk

ROLL UP, ROLL UP FOR THE RICKY ROAD RUN

We have a strong connection with the annual Ricky Road Run, now in its 28th year. The event was founded back in 1984 by our Founder, Derrick Williams to raise much needed funds for WaterAid and nominated local charities. This year the event takes place on Sunday 30 October and for the first time the event organisers have pledged some of the money raised to KitAid.

If you know any runners or fancy helping out on the morning as a marshal, do let us know by emailing kitaid@veoliawater.co.uk It's a 9 mile run, a really friendly event and a scenic route through the Chilterns. For more information seewww.rickyroadrun.co.uk

We were pleased to be able to give a presentation at the ASDAN/Football League/Watford FC Launch. This is a really interesting project set up between the three groups, providing a vocational training programme which uses football to engage kids and to teach them all kinds of different skills.

There was a mixture of clubs, schools and educational bodies in attendance and it was a good opportunity for us to reach a new audience. Derrick was extremely excited to speak in the 'Sir Elton John suite'!

Find out more about the scheme 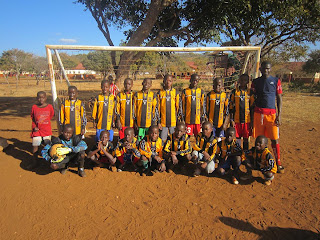 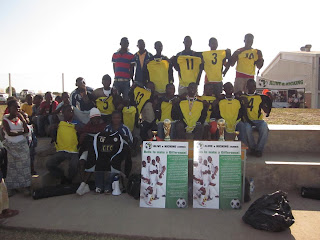 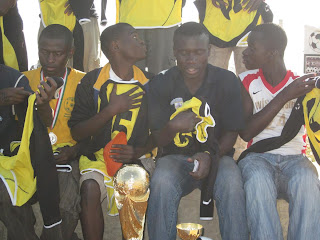 The Alive & Kicking Orphanage World Cup gave over 800 orphans and vulnerable children in the city of Lusaka access to organised football and netball competitions and at the same time provideD life skills training and HIV/AIDS sensitisation. A series of mini leagues were held over a six month period and were followed by a World Cup style tournament running over two weeks and culminating in a thrilling final.

A total of 450 footballs and netballs have been donated, along with football kits. Over 600 children have received HIV/AIDS awareness information, and over 100 coaches and teachers have received training on how to disseminate HIV/AIDS awareness through sport. In a city where there are limited opportunities for the most vulnerable children to take part in organised sport, this project has been received with gratitude and smiles by children and their teachers and coaches alike.

GEARING UP TO FOR THEIR NEW LEAGUE IN KENYA 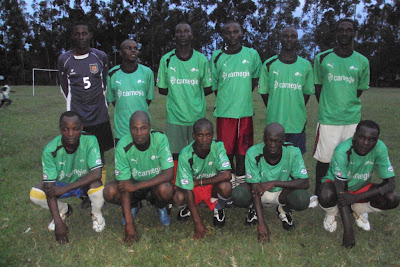 I just had this picture in from Kenya, western province area of Bungoma, where they are putting teams together to enable them to play local district, and then inter-province tournaments.
All very promising and very exciting for them too - thanks for the kit.
Ben Van Nes
Regional Coordinator 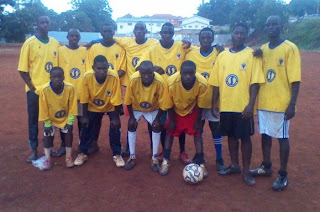 Thanks to Ben Van Nes, one of our regional coordinators, for sending in this photo from Kampala, Uganda.
Posted by KitAid blogger at 23:49 No comments: