From Hatfield to Macedonia (by Boriscar)

Congratulations to Gary Thomas from Affinity Water, who recently completed a marathon drive from Hatfield to Skopje, Macedonia, delivering kit to orphanages en route.
Gary was part of the fantastic Gol! Charity event where Wales supporters buy a cheap car as part of their challenge to get to away games in Eastern Europe.  Gary bought “Boris”, an old Mondeo Estate and amazingly made it to Skopje without breaking down and even hitting 120mph on the Autobahn!  Kit and footballs were handed out to various orphanages which were very well received.
Well done Gary, a real shame that Wales lost the game to a late goal from Macedonia. 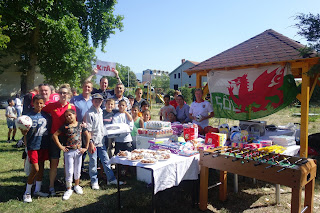 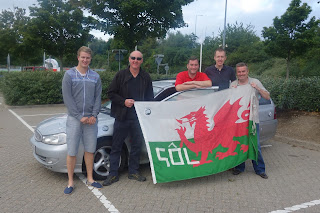 Recently KitAid were invited to Reading FC to collect unwanted kit they were donating.  It was great to see a club of Reading's size getting involved and the day was filmed by Sky Sports, please see the link below for the clip.

Everyone at KitAid wishes Reading FC the best for the forthcoming season and their push for promotion back to the Premiership.