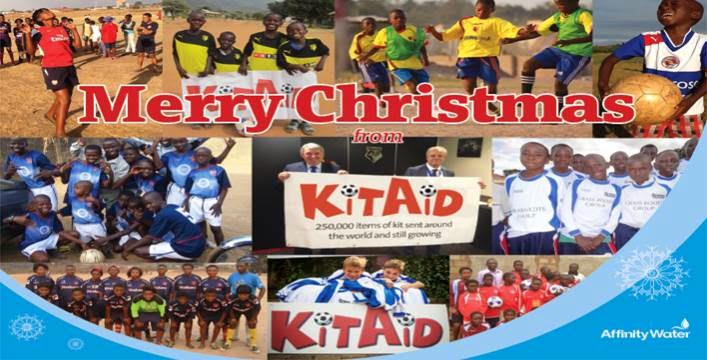 
We made 4 small grants of £1,000 each for project work in Uganda and Lesotho


We partnered with Airdrieonians Supporters Club Trust for a novel project which collected 4k items of kit.


We continued to receive kit from Barry Lenton at Marine FC who has now collected 11k+ items.


We continued to receive support from University of Herts and Middlesex University.


We received kit from many professional, semi professional and grass roots teams from all over the UK.


We increased the number of Ambassador Clubs to 7 (adding Stegota FC and Airdrieonians FC) and set up a new club twinning partnership.

We would like to thank our Patron, Graham Taylor OBE and all of our volunteers who have helped to make 2014 another record breaking year.
Posted by KitAid blogger at 04:26 No comments:

“There’s only one Graham Taylor”

Derrick Williams, was honoured to represent KitAid as a guest of Graham Taylor at Vicarage Road, on Saturday.


Watford FC made the decision to name one of the stands after Graham in recognition of the fantastic achievements during his reign as both manager and Chairman.  This was greeted by a massive chorus from all four stands of “there’s only one Graham Taylor” when he stepped on to the pitch surrounded by former players to officially rename the stand.


Derrick said he felt honoured and proud to see the Patron of KitAid receive the recognition from the club and the fans.  We are very fortunate to have Graham as our Patron and he is a true gentleman and a legend. 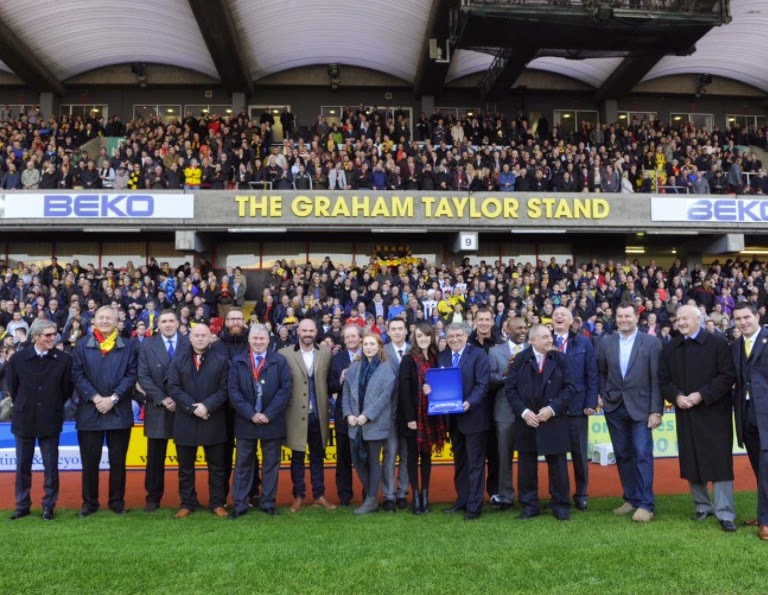 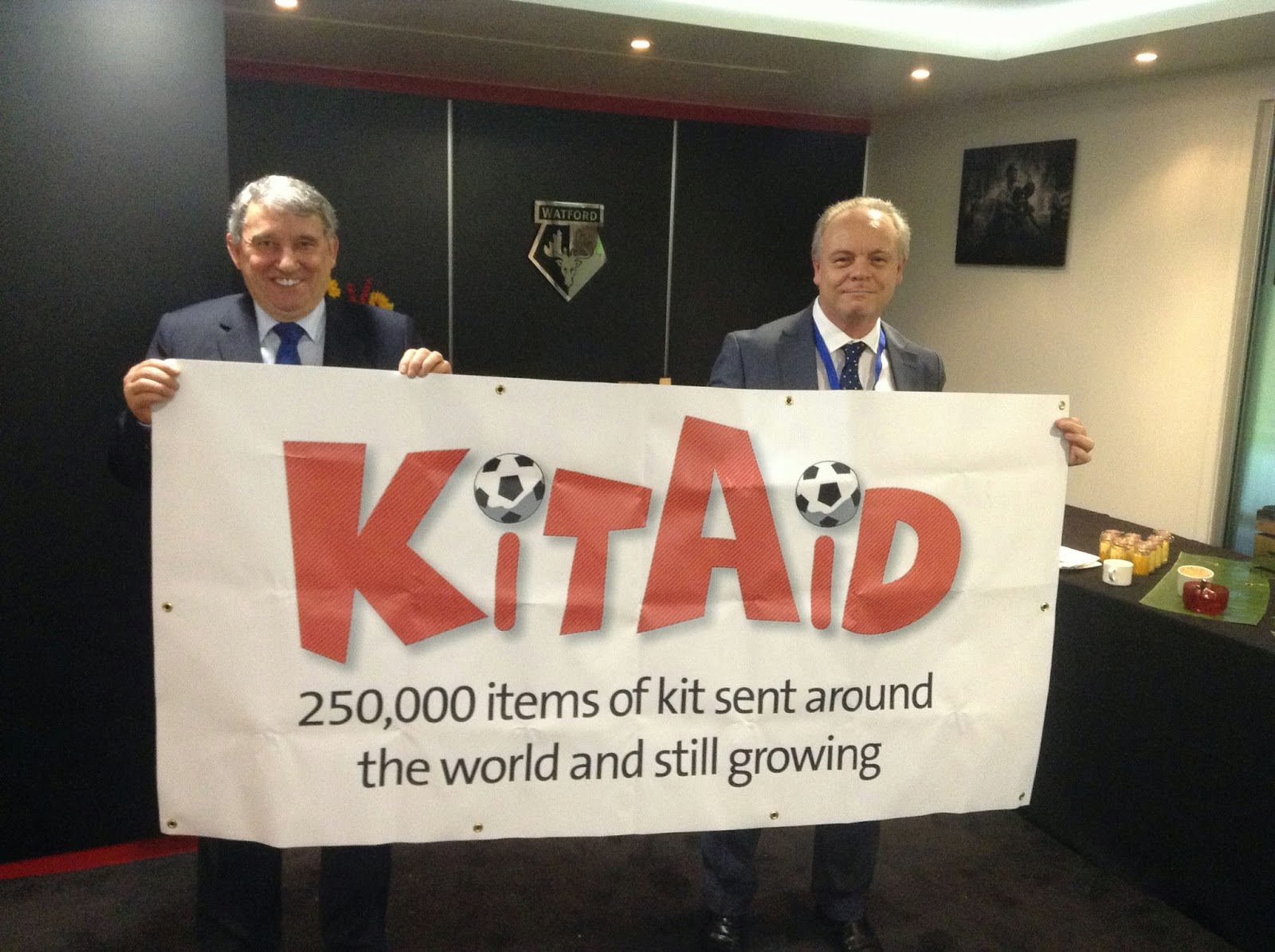